Treating severe infections in the ICU 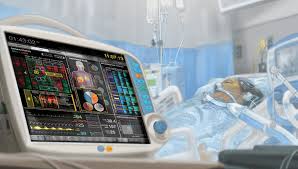 Fungal infections represent a major burden in the critical care setting with increasing morbidity and mortality. Candidiasis is the leading cause of such infections, with C. albicans being the most common causative agent, followed by Aspergillosis and Mucormycosis. The diagnosis of such infections is cumbersome requiring increased clinical vigilance and extensive laboratory testing, including radiology, cultures, biopsies and other indirect methods. However, it is not uncommon for definitive evidence to be unavailable. Risk and host factors indicating the probability of infections may greatly help in the diagnostic approach. Timely and adequate intervention is important for their successful treatment. The available therapeutic armamentarium, although not very extensive, is effective with low resistance rates for the newer antifungal agents. However, timely and prudent use is necessary to maximize favorable outcomes.

Fungal infections represent a major burden in the critical care setting with increasing morbidity and mortality. Candida infections, Aspergillus infections and Mucormycosis caused by members of the Mucorales order are the most common ones. Each one of them requires a different, although similar, diagnostic and therapeutic approach. The purpose of this review is to provide a practical guide on the basic aspects of each of these infections in the critical care setting.

Candidiasis is the leading cause of fungal infections in Intensive Care Unit (ICU) patients, with C. albicans being the most common causative agent. Even though Candida species is a part of the normal human flora, a small percentage can cause disease: 1) Candidaemia with or without endophthalmitis, 2) Disseminated haematogenous infections with deep organ involvement 3) Chronic disseminated candidiasis, most commonly found in haematological patients. Candida bloodstream infections (BSIs) are a great proportion of nosocomial fungal infections and represent an important cause of morbidity and mortality in ICU patients. Additionally, the true incidence of invasive candidiasis may be higher than estimated because of the small percentage of positive cultures obtained and the difficulty in making a diagnosis of invasive candidiasis without candidaemia. There are several risk factors for the development of invasive disease, such as the colonization of the gastrointestinal tract, disruption of the mucosa, neutropenia or immunosuppression, the increased use of medical procedures, and poor hygiene of the health care personnel.